When household drains get blocked, it can be very stressful. For most clogged sinks and drains, it is possible to fix them yourself. However, some plumbing issues can be too difficult to fix on your own. If you need help with clogged kitchen sink repair in Roseville, calling New Flow Plumbing is your best move.

The kitchen is one of the most used places in your home. It can be quite frustrating if you can’t use it even for just a day. 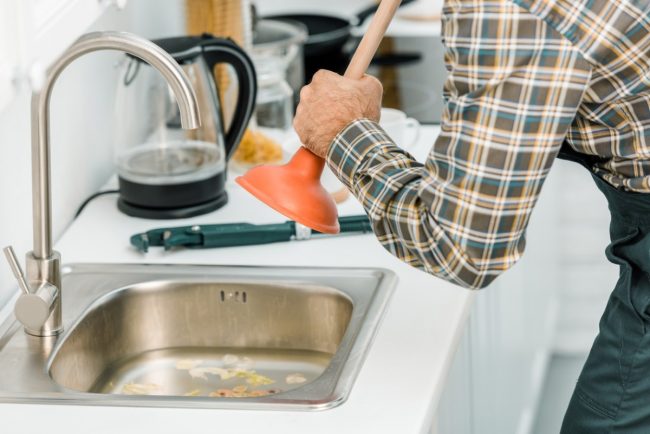 Everyone has experienced the inconvenience of clogged drains. A clogged kitchen sink is probably the most common plumbing issue to plague homeowners. This is largely due to food debris and soap residue. These particles are nightmares for a smooth draining kitchen sink.

The good thing is that clogged drains are also one of the easiest home repairs. It’s easy enough to do on your own.

Now, before you start getting into your DIY spirit, there are a few things you need to know. Make sure you are familiar with the plumbing myths before you go rolling up your sleeves.

Hair, grease, soap residue, and other debris can get stuck in your drain. When this happens you can pour boiling water to loosen the blockage. It’s the simplest fix. Make this your first move when trying for clogged kitchen sink repair.

Avoid doing this method if your drain is attached to PVC pipes. The boiling water could end up melting the plastic.

If you have a garbage disposal, it could be what caused a clogged kitchen sink. Turning the disposal on will usually break up the blockage causing the problem.

It could be that your disposal is dysfunctional or has overheated. If it doesn’t turn on, you can activate the reset switch at the side or bottom of the unit. This usually lets you reboot the disposal easily. After resetting it, try turning the disposal on again to clear the clog.

If the clog doesn’t go away after playing around with the disposal, use a plunger. Ideally, a flat-bottomed plunger should be used.

Start with filling the sink with hot water until it’s about halfway full. This creates a seal around the drain. Afterward, position the plunger over the drain and begin pumping quickly several times. You can repeat the process until the water drains.

Some clogs can be taken care of with the help of different methods. You can even use baking soda and vinegar. If you have your own drain snake, you can attempt to break up any clog with it.

However, if you still don’t see any improvement, this is where experts at New Flow Plumbing can come in. We can employ a lot of techniques to help get your kitchen sink working in no time. Our staff has years of experience in fixing various plumbing issues to make each visit a smooth one. 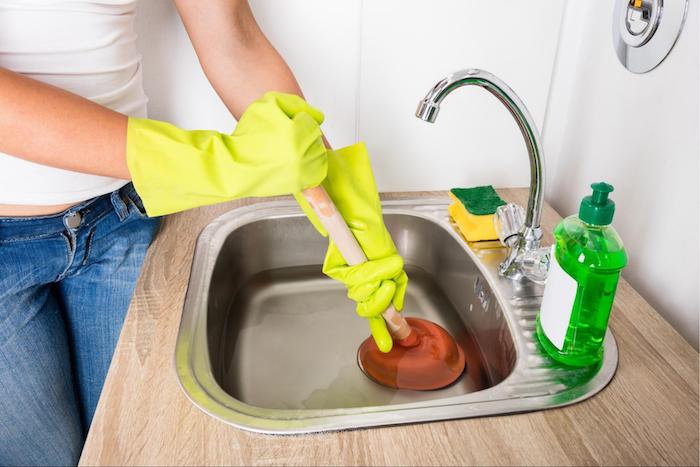 Are you having problems with a clogged kitchen sink? Set up an appointment with New Flow Plumbing today.